Rwanda, land of a thousand hills 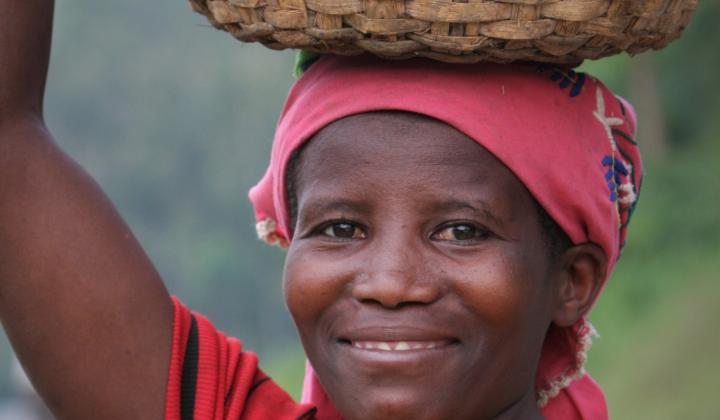 Rwanda is a small landlocked country, dominated by a central plateau made up of steep mountains and deep valleys and is popularly known as “The Land of a thousand hills". Rwanda's principal geographic feature; the famous Virunga chain of volcanoes extend towards Congo and the Ugandan border and which is part of the Albertine rift. It's in the Virunga that one can find Rwanda's most important tourist attraction: the mountain gorillas!

But Rwanda has more to offer than the mountain gorillas.

Rwanda’s driving ambition is not only to ensure the survival of critically-endangered species and bio-diversity for future generations but also that of revenue sharing with local communities. Revenue of Gorilla toursim serves to re-invest in conservation and at the same time a percentage of revenue is is spent in partnership with local communities to change lives for the better.

Over the past 12 years, more than 400 community development projects have been delivered including health centers, schools, business development centers and water supply systems facilitating access to clean water.

Mountain gorilla tourism revenues are subsidizing the conservation of other national parks:

- Nyungwe Forest was gazetted as National Park in 2004.
- Akagera NP was fenced and protected, Lions and Rhino's were re-introduced respectively in 2013 and 2017.
- In 2016 Rwanda created its fourth national park: Gishwati-Mukura National Park. This park is made up of two fragmented mountain forests, and is home for chimpanzees (an endangered species) and golden monkeys that need to be protected.

- From October 2020, Rwanda Development Board (RDB), entered into a long-term management agreement with African Parks to manage Nyungwe National Park. Together, they will work closely with the local communities, implement an effective law enforcement strategy, restore and protect wildlife to ensure the long-term ecological, social and economic sustainability of the park.

- In November 2020, Gishwati-Mukura National Park has been declared an Unesco Biosphere Reserve. Biosphere reserves promote solutions reconciling the conservation of biodiversity with its sustainable use. After decades of poorly managed land use, the country has been carrying out a major restoration effort, moving towards a socio-economic development based mostly in eco-tourism.

- Rwanda Development Board (RDB) is also in advanced stages of expanding Volcanoes National Park. RDB received land from the African Wildlife foundation (AWF) to expand on Volcanoes National Park; a home to the critically endangered species. The major purpose of this expansion is to provide enough space to these endangered species while improving the living standards of the local people adjacent to the park.

Conservation is the cornerstone of Rwanda Tourism. Find out more about the most important and recent developments in the Tourism industry.

Our Safaris ideas are proposed to inspire you! Here are a few inspiring safari ideas for you to read through to get a taste of what there is to see and do.
Private Safaris or tailor-made safaris exist in different ways and styles and are designed to fit your needs and interests. Our experienced team will be happy to design your lifetime-experience and to make it happen. This is our Magic Safaris mission.