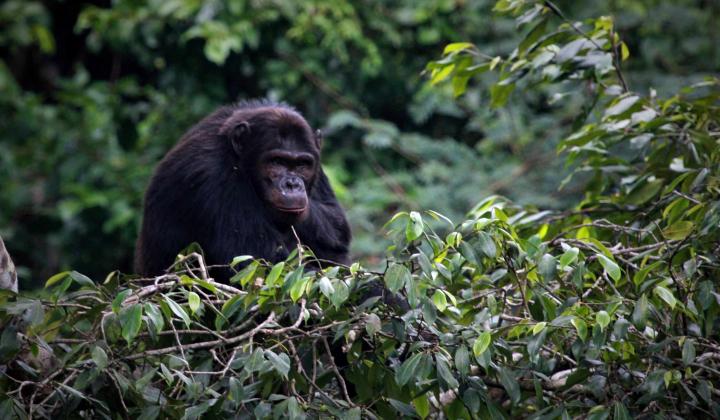 Rwanda’s fourth national park, Gishwati Mukura is made up of two separate forests – the larger Gishwati and small Mukura, forming a total of 34 square kilometres plus a buffer zone.

The forests sit on the ridge which divides the Congo and Nile water catchment areas, along the incredibly biodiverse Albertine Rift in the west of the country. It is made up of 60 species of tree, including indigenous hardwoods and bamboo.

Gishwati is home to a group of 20 chimpanzees which live alongside golden monkeys, L’Hoest’s and Blue Monkeys. Birds are well represented too, 232 species have been seen at Gishwati and 163 at Mukura, among them Albertine Rift Endemic species and forest specialists.

The park is currently part of an ambitious landscape restoration program. Activities in the park are due to begin in 2019 and include a guided nature hike, guided chimp and monkey tracking, bird watching and a visit to the waterfalls.

The area was nearly depleted largely due to resettlement, illegal mining in the mineral-rich forest and livestock farming.

Of great importance is the Gishwati-Mukura and Nyungwe National Park corridor to create a 10,000 acre corridor of newly planted trees may one day connect Gishwati Forest and Nyungwe National Park, about thirty miles to the south. This connection will allow animals to migrate between the protected areas and insure the gene flow of alleles between both populations of chimpanzees. The new forest cover will improve water catchment and water purification, prevent soil erosion, replenish soil fertility, and support ecotourism.

The formalisation of its National Park status in 2015 aims to help redress the balance, to increase the number of trees to improve soil fertility, stabilise slopes and regulate stream flow.

It will also contribute to improving the livelihoods of the population living in the surrounding areas, which in turn offers the forest a better chance of regeneration in tandem with the potential to raise living standards in the longer term.Community-based activities include a farm stay, a live cultural dance, making handicrafts, beekeeping, a tea plantation tour and the chance to learn from traditional healers, who use natural plants to support modern medicine and synthesised drugs.

- In November 2020 Gishwati-Mukura National Park has been declared an Unesco Biossphere Reserve. Biosphere reserves promote solutions reconciling the conservation of biodiversity with its sustainable use. After decades of poorly managed land use, the country has been carrying out a major restoration effort, moving towards a socio-economic development based mostly in eco-tourism.

- In order to ensure better management and visibility for the newly created national park, Rwanda Development Board signed a 25-year agreement with Wilderness Safaris to develop a tourism and conservation management programme in phases at the Gishwati-Mukura National Park. Wilderness Safaris will create new accommodation. Gishwati Lodge will be a rustic adventure camp with 6 forest cottages.