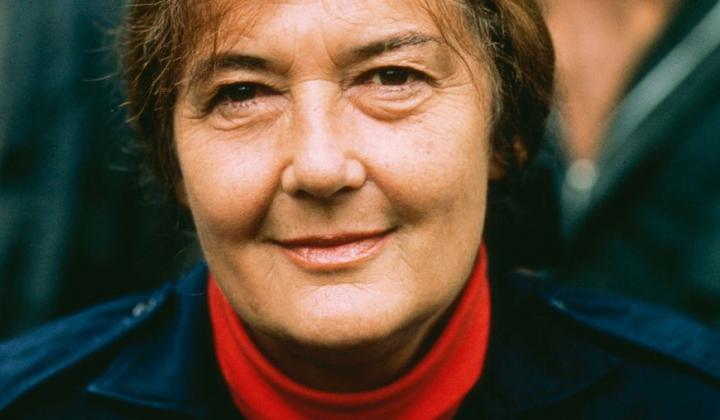 Dian Fossey was born in San Francisco, California in 1932. She was interested in animals her entire life, which led her to go to San Jose State University as a pre-veterinary student. She soon switched her major to Occupational Therapy and got her degree as an Occupational Therapist. In 1963, after a trip to Africa, where she met Dr. Louis Leakey, she became interested in studying mountain gorillas.

In 1967, Fossey began observing gorillas in Zaire. Soon she moved to Rwanda, where she started the Karisoke Research Center. She lived there for almost 18 years among the gorillas, and eventually earned their complete trust. She was the first person to have voluntary contact with a gorilla, when one of them touched her hand. She was able to sit amongst them and play with them and their young. She became very attached to a particular young gorilla that she named Digit. She was able to watch him grow and he was very fond of her. Fossey was able to learn a great deal about mountain gorillas (gorilla gorilla beringei) during her stay there. We now know much more about gorilla's behavior and their relationship to humans as a result of her work.

A few years later, Dian Fossey's favorite gorilla, Digit, was killed by poachers. In response to this, she started a campaign against gorilla poaching. National Geographic published an article about Fossey, and her work with the gorillas. The mention of Digit and the poaching problem in the article caused a large number of donations from readers. With this money, she established the Digit Fund and dedicated her life to saving the gorillas. Fossey went back to the United States and got her Ph.D. at Cambridge University. In 1980, she accepted a job at Cornell University and started writing her book Gorillas in the Mist, which was eventually made into a movie. After finishing the book, she returned to Karisoke to continue her work with the gorillas.

On December 26, 1985, Dian Fossey was found murdered in her cabin. Her death is still unsolved. Today, her Gorilla Fund is continuing to support the ongoing efforts. There is still a team of researchers in Rwanda tying to protect the gorilla population. Fossey's work has raised the world's awareness to the dangers faced by the mountain gorilla. Mountain gorillas are now protected by the government of Rwanda and by other international organizations.