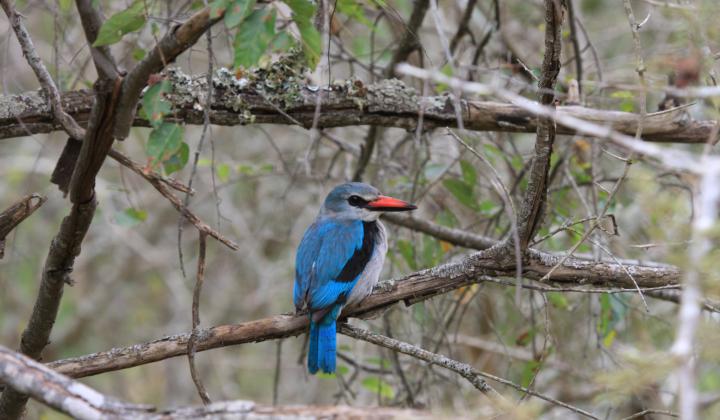 Gazetted in 1934, Akagera is one of oldest national parks in Africa. The park borders with Tanzania to the East. Size: about 1,120km².

Low lands and savannah plains in the north make this part of Akagera NP similar to Lake Mburo NP in Uganda and to Karagwe of Tanzania. The west is hillier but also with the valleys: a landscape of Rwanda of “thousand hills”. The east is wet with Akagera River and many lakes with swamps that form the border with Tanzania. Although a small National Park, Akagera hosts the big five and, thanks to the variety of habitats, the wildlife is enriched with birds. It also has varied beautiful scenery.

Today, the management is in conjunction with African Parks (www.africanparks.org) and the park was fenced for anti-poaching measures.

With the management by African Parks, the roads network within the park has significantly improved.

- The game drives usually take place during morning and afternoon hours but a full day can be planned with even night drives to taste the nocturnal wildlife.

- Boat cruise on the Lake Ihema (Rwanda’s second largest lake after Kivu) rewards certain good birdwatching with a hope to see the elusive and rare Shoebill.

- Sport fishing can also be organized.

There are also activities organized with the communities around the park which emphasize a good number of female guides:

There is an estimate of 13,500 large animals (according to 5th aerial census conducted last year in 2019). The perimeter fence since 2013 impacted positively on the growth of animals’ population.

- In 1975 young elephants (14 Males and 12 females) were translocated from the Bugesera to Akagera.

- In January 1986 giraffes were trans-located from Kenya. The 2 males and 4 females Masai Giraffes were captured near Lake Magadi (Kenya) and transported by plane B-747 from Nairobi to Kigali. The first baby giraffe was born in 1988 and the second a year later. Today there are more than 150 giraffes.

- 1994 the period of the Genocide against Tutsi: After the genocide against Tutsi Akagera was is a terrible state. According to the African Parks Akagera was "on the verge of being lost forever". As the peace was restored the Rwanda Government set out a new policy of conservation and rehabilitation of the Park. In 2010 African Parks took over the management of Akagera in partnership with the Rwanda Development Board (RDB).

-  In 2013, the 120km boundary fence was completed. It is fully electrified using solar power and took over a year to complete. Along the fence line, nine fence attendants’ houses have been built approximately every 20 kms apart, which also serve as bases for the solar equipment powering the fence. Akagera Management Company currently has 42 fence attendants patrolling the entire fence line on a daily basis.

- 2014 Collaring of six elephants in Akagera National Park.  The project will enable the park management to monitor the range of their movements over time with the aim of protecting the elephant population from any risk of poaching.

- In 2015, in order to help secure Akagera, a counter-poaching canine unit was trained and deployed. The unit is essential in maintaining very low levels of poaching in and around the park.

- In 2015, seven lions were reintroduced after 15 years and their numbers have grown since then.

- In 2017, eighteen eastern black rhinos were re-introduced. This made Akagera National Park a “big five" destination once again.

Find ot more about the return of Rhinos to Rwanda (video)

In 2017, two new male lions were also translocated to Akagera to enhance the genetic diversity of the growing pride, which has now tripled since their initial reintroduction in 2015.

- In 2019, an additional five captive-bred black rhinos were translocated from Europe with the support of the European Association of Zoos and Aquaria (EAZA), to augment the genetic diversity.

Akagera hosts most of the usual plains species.

Impala and topi seem to be dominant but eland, oribi, Masai giraffe, Defassa waterbuck, reedbuck, bushbuck, sable and roan antelope are also present. Burchall's zebra, hippo and crocodile are commonly seen whilst game viewing; buffalo are more prevalent in the north as are elephants.

Because of the diversity of habitat Akagera National Park is very good for birding, it attracts over 520 species. According to census the majority includes Savannah birds and raptors but several endemic species such as the red-faced barbet are often seen.

Excursions on Akagera’s lakes give the opportunity to get close to waterbirds including African fish eagles, marabou storks, crowned cranes, open-billed storks, cormorants, herons and egrets. If you are lucky you may even get to see the elusive shoebill stork.

Tourism Developments: The latest important development is without doubt the opening of Magashi Camp by Wilderness Safaris. The Camp has the only exclusive-use area in Akagera. Magashi is also actively involved in the conservation and monitoring of the re-introduced rhino and lions in the northern part of the Park.

- Mantis has also opened in 2018 a new Luxury hotel outside the Park near the northern entrance of Akagera National Park (Nyagatare): Mantis Epic Hotel & Suites. However it should be noted that the Northern Entrance is closed for the public. 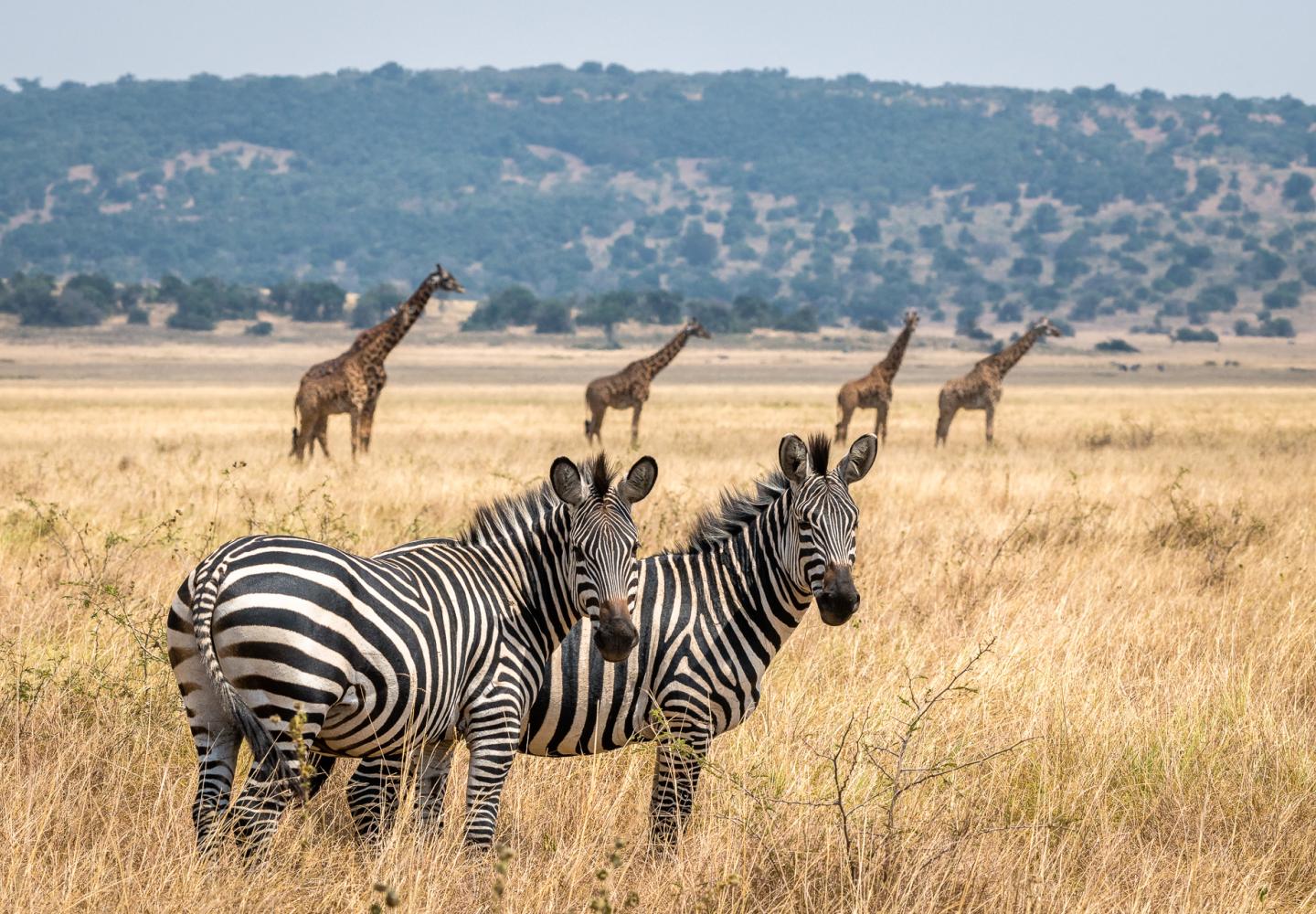 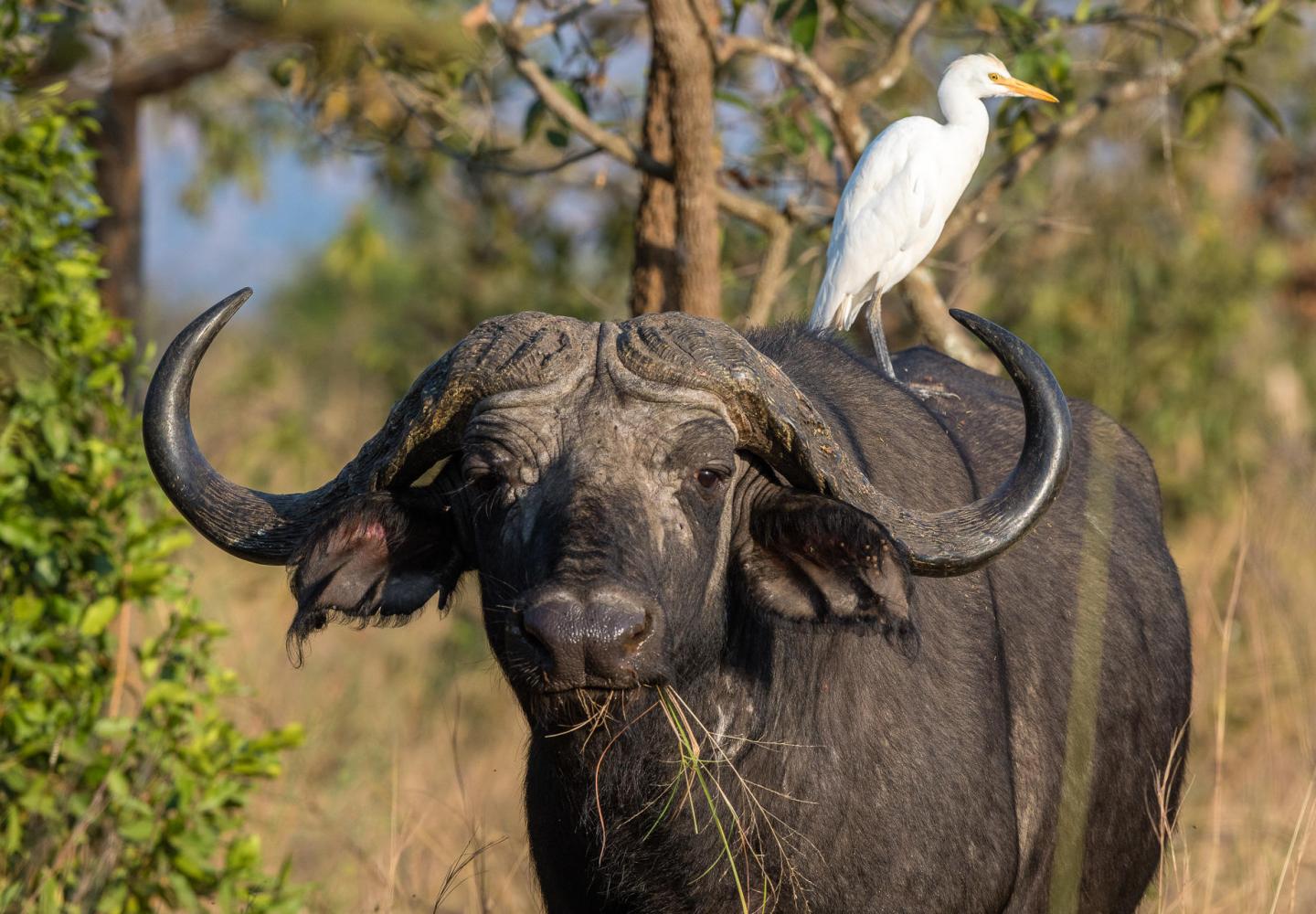 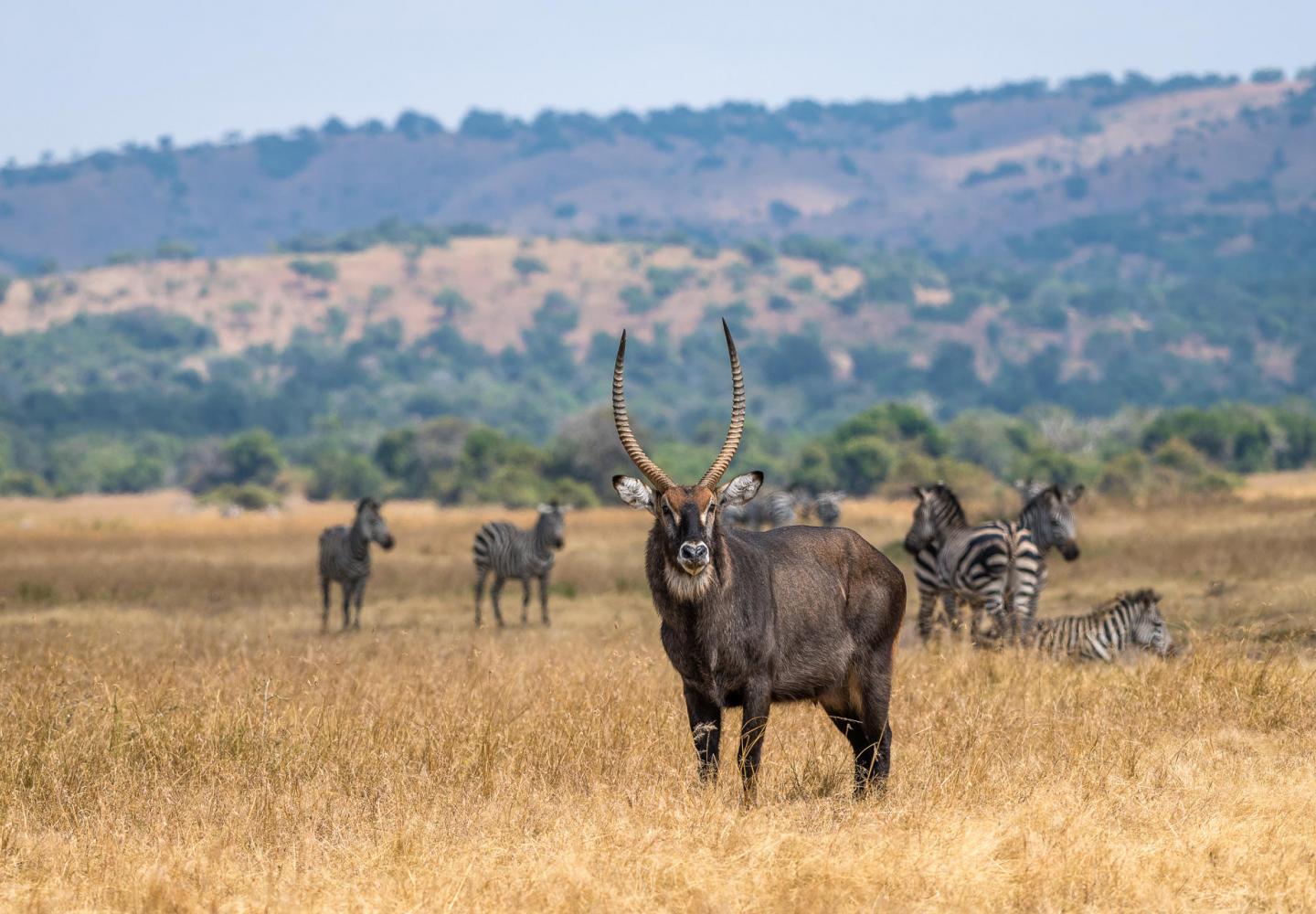 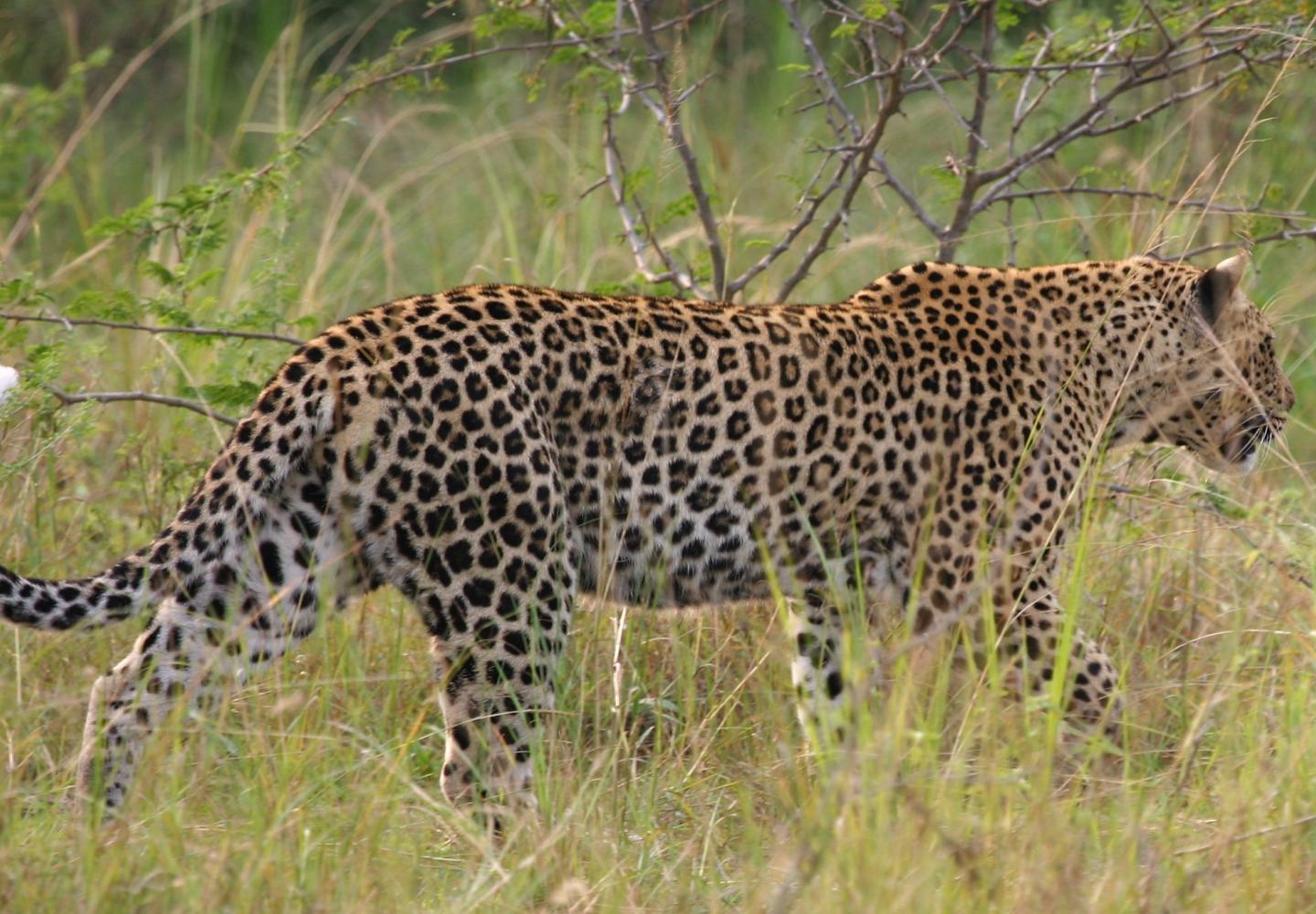