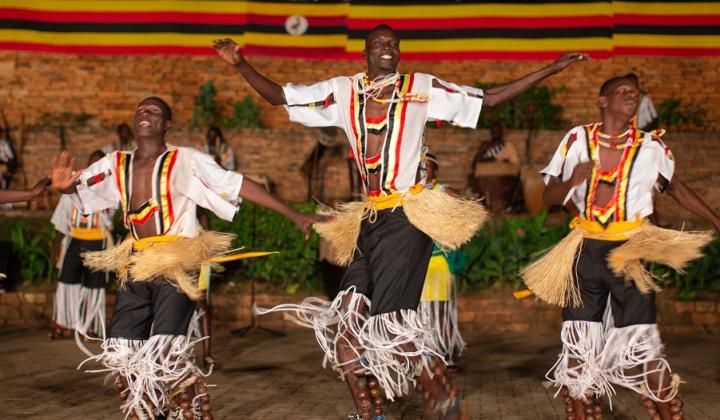 During centuries the East-African and Great Lake region was organized by a multitude of kingdoms and empires. These kingdoms were the result of the migration and settlement of different groups, families and clans into the region. The movement happened slowly in a time span of many hundreds of years and the motives varied considerably. Famine and drought frequently forced communities to move, pastoralist were looking for water and grass and military invasion obliged refugees to look for neighbouring territories. The individual groups established themselves and assumed their own languages, traditions and forms of government.

Many kingdoms came from the famous Bunyoro-Kitara Empire (1500) that has covered vast areas in East Africa including, much of Western Kenya, Northern Tanzania, Rwanda, Burundi, parts of Eastern Congo, and most of Uganda. The regional areas or provinces, finally broke a way to form their own kingdoms (1500-1800), such as those of Rwanda, Burundi, Karagwe, Kooki, Ankole, Buganda, and later Toro which broke away from Bunyoro in the later part of the nineteenth century. These kingdoms paid tribute to Bunyoro at first, then, later declared their own autonomy.

By the mid-nineteenth century the first European explores, traders and missionaries arrived into East Africa. The establishment of colonial rule was followed by the partition of East-Africa into states. Before European influence, national borders were not much of a concern, a group's territory was congruent with its military or trade influence. The newly created states replaced the Kingdoms as political and military institutions. Nevertheless the history and culture (language, art, dances and tradition) of these groups remained and there is still a great emotional attachment to this kind of African history and institution. Some political leaders recognized the importance of this cultural heritage. The new Uganda constitution for example, adopted in 1995, permitted the return of traditional monarchs as cultural, but not political figures. Several areas, including Buganda, Busoga, Bunyoro,Toro, etc. promptly coronated their kings.

The enormous cultural and historical heritage is most of the time unknown by most visitors. A majority still think in terms of primitive cultures. This is a misjudgment; written words did not exist but Africa's cultural history, knowledge and wisdom were recorded and passed on to succeeding generations through the medium of performing arts, music, dance, story telling and poetry. Today the African artistic expression draws on various traditional cultures is interwoven with Western cultural influences. Artists in all fields have tried to bring these strands together to build an African identity or to use Western art as a lens to understand traditional life more clearly.

Our cultural activities will highlight some aspects of East-African culture and history.

The Ndere troupe: In efforts to save and conserve African heritage,    Ndere Troupe performs a repertoire of more the 40 authentic Ugandan dances and songs accompanied by various indigenous instruments. The Troupe engages in various projects aimed keeping   African generations educated about traditional entertainment. The   troupe has toured extensively all over the world: Europe, USA,  Canada, China, etc.

The Uganda Museum (founded in 1908) in Kampala is the oldest in East-Africa and has exhibits of traditional culture, archeology, history, science, and natural history.

The Tombs of Buganda Kings (Kabaka) at Kasubi: The Tombs of the four last Buganda Kings (Kabaka) at Kasubi constitute a site embracing almost 30 ha of hillside within Kampala district. At its core on the hilltop is the former palace of the Kabakas of Buganda, built in 1882 and converted into the royal burial ground in 1884. The site has been proposed as a world heritage cultural site (UNESCO).

The Nyero rock paintings near Nkumi (Eastern Uganda): The rock paintings are about 400 years old and they are said to be among the finest rock paintings in East-Africa.
The Kabaka’s Trail offers a unique journey through Buganda’s rich heritage, shaped by the region’s kings and their descendants. The trail links a series of cultural sites, all of which are within easy reach of Kampala. Each can be visited on its own, or as part of the whole trail.

Buhoma community village walk is a community-based initiative where you can meet the local Bakiga and Batwa community. The attractions in the area include: visit of a school, banana brewing, the handicraft site, medicinal healer, the Batwa projet, the Orphan support project.

The King's Palace at Nyanza. The former Mwami's palace (King's palace) was the seat of the feudal monarchy. The palace has been reconstructed to its 19th century state and shows a traditional dome that can be compared with the Kabaka's palace of Buganda.

The National Museum at Butare: Is the finest ethnographic museum of East Africa. It's a good source of information on the cultural history of Rwanda and the region.
The National Ballet at Butare: The ballet performs traditional dances (The Intore Dancers) with some outstanding choreography.