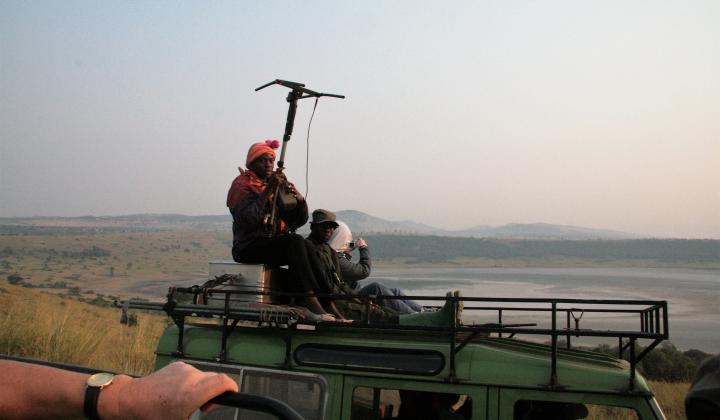 January 2019 : Suspected herdsmen killed a pride of 11 lions that included eight cubs near Hamukungu fishing village, bordering Queen Elizabeth national park. The same fears returned on December 31 when suspicion rose that a pride of lions had moved out of the park towards Kiyenge village in Lake Katwe sub-county.

Those fears were rested after an investigation by Uganda Carnivore Program (UCP) discovered that the young lions had not left their habitat. But on New Year’s day, a satellite signal from a device fitted on three male lions gave an indication that the big cats were on the move into the villages neighbouring the park along the highway to Bwera.

The park’s experienced ranger-guides can usually locate lions but predator sightings can be guaranteed by signing up for a tour with the Mweya-based Uganda Predator Project which monitors the movement of lions, leopards and hyenas fitted with radio collars.

You can get involved with the predator preservation projects with Lion Tracking experiences. Some lions have been fitted with radio collars, which can be used by the specialised lion trackers in their search for a GPS and magnetic radio signal omitted by the collar. The suspense fills the air as you drive through the bush in search of the lions in anticipation of finding them. When a lion or even a pride is found, you will learn how to help identify individuals by recording whisker patterns, scars, ear tears and other characteristics.

The data you collect goes straight to the ecological monitoring department, and helps the team find solutions to the challenges facing lions.