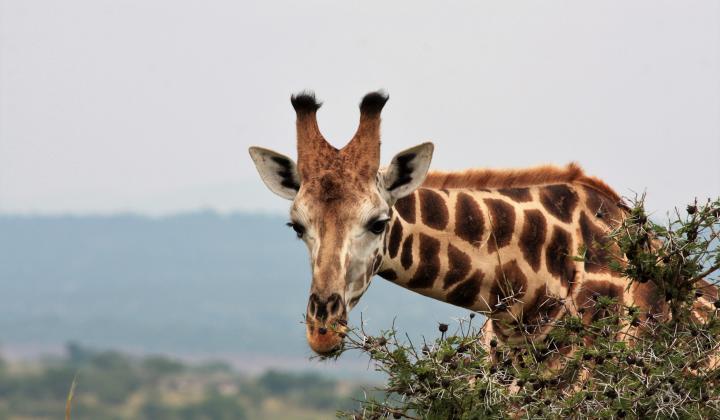 The larger Baringo or Rothschild's giraffe (G.c. rothschildi) of western Kenya and eastern Uganda is the most stricking, with rich chestnut patches separated by broader white lines but no spotting below the knees. This species can have up to five horns instead of the usual two or three. The Masai giraffe (G.c. tippelskirchi) of Tanzania and southern Kenya has irregular star-shaped brown or tan spots.

The Rothschild’s giraffe is the world’s most threatened giraffe. Named after Mr. Walter Rothschild – a renowned British zoologist , it is part of the Nubian giraffe subspecies. Uganda is one of the most ideal places to see this endangered species. There are approximately 1400 Rothschild’s giraffes in Murchison Falls. It is for this reason that Uganda Wildlife Authority with the support of the Giraffe Conservation Foundation has embarked on a project to save the giraffes.

One of the ways they have done is by translocated some giraffes from Murchison Falls NP to Pian Upe Game Reserve and Lake Mburo NP. More recently though, some giraffes were moved to the southern bank of the river where there are limited number of predators to allow them to breed. The giraffes can also be seen at Kidepo Valley NP.

According to the information from Uganda Wildlife Authority, this project is a success!

- Illegal hunting snaring for bushmeat, giraffe pelts and tail
hair, and medicine.
- Habitat loss and fragmentation giraffe are restricted to
three national parks in Uganda and the imminent oil and
gas exploration in the Murchison Falls National Park is a
potential threat.
- Diseases However, Giraffe Skin Disease (GSD) as often
observed in Uganda, is likely not a threat to giraffe.
- Anthropogenic factors land-use change due to increased
agricultural activities as a result of increased human
population.

- Find out about Rescue of a Endangered of an Endangered Rothschild's giraffe.

- See here the story of relocation of 19 Rothschild's giraffe to the South bank of Murchison. 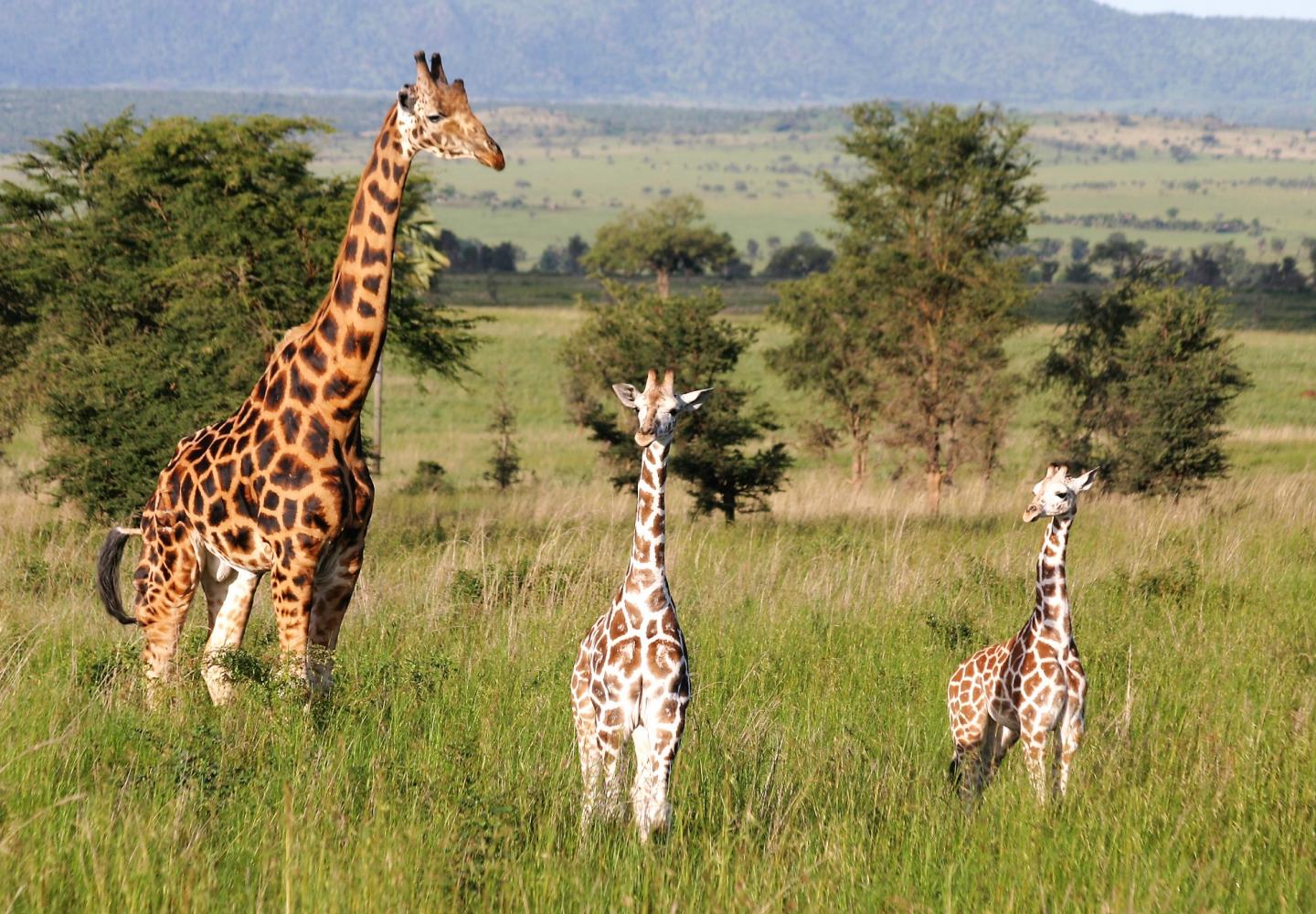