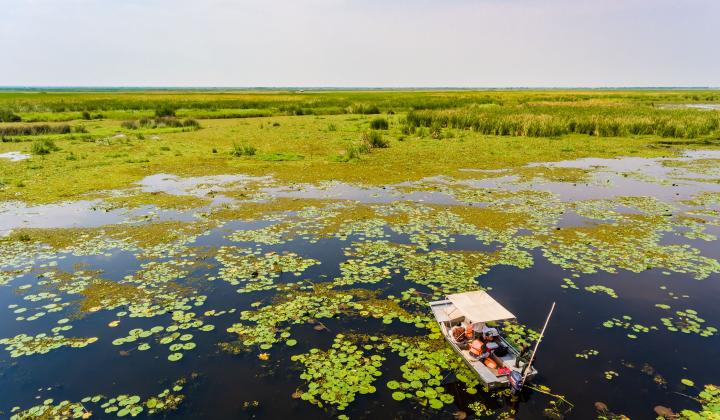 Created in 1932 and upgraded to national park in 1993, Semuliki Forest Reserve is home to over 400 bird species and around 60 mammals.

Semuliki National Park sprawls across the floor of the Semliki Valley on the remote, western side of the Rwenzori. The park is dominated by the easternmost extension of the great Ituri Forest of the Congo Basin. This is one of Africa’s most ancient and bio-diverse forests; one of the few to survive the last ice age, 12-18,000 years ago.

The Semliki River (which forms the international boundary) is a miniature version of the Congo River. As a result, this park provides a taste of Central Africa without having to leave Uganda.

The park is also known for its hot springs that bubble up from the depths to demonstrate the powerful subterranean forces.

Game drives in Semliki NP are done in the Semliki Wildlife Reserve. There is plenty to see in the reserve from big mammals such as elephants, buffaloes, leopards, hyenas, and the Uganda kob. There are also primates such as chimpanzee and white and black colobus monkeys.

Game drives are arranged in the morning, afternoon and even at night. Night game drives offer you an opportunity some nocturnal animals such as bush babies.

Semliki National Park: has an impressive checklist which includes many birding species and most of the birds are not seen in most of the national parks and reserves. You may be able to see most of these birds during your game drive.

Semliki Wildlife Reserve: is known to be a home to over 420 species of birds that are recorded in the area some of the birds which can be seen include the rare shoebill stork, Abyssinian ground hornbill, sun birds to mention but a few.

- Boat ride on Lake Albert in search of the shoebill Stork

Take the boat ride on Lake Albert and enjoy the scenic views of the Rwenzori ranges and look out for the rare shoebill. The swampy areas are habitat to many bird species.

Lake Albert is located in the centre of the continent, on the border between Uganda and the Democratic Republic of the Congo. Lake Albert is the northernmost of the chain of lakes in The Great Rift Valley; it is about 160 km long and 30 km  wide, with a maximum depth of 51 m and a surface elevation of 619 m above sea level.

Lake Albert is a typical Rift Valley lake lying at an altitude of 615 m between two parallel escarpments (Congo and Uganda).The main inflow is at the south end via the Semliki River which comes from Lake Edward through the western edge of the great Ituri rain forest in Congo, augmented by streams from the northern slopes of the Rwenzoris.

These amazing springs have high temperatures up to 100 degrees Celsius. The force, strength and hotness of this springs show the strength of the geographical forces underground. The hot springs can be found or seen in two places, the locals refer to one as being female and the other being male. The trek to see these hot springs can lead you to see other forest wonders like the mangabey monkeys, the red tailed monkey, the black and while colobus monkey and l’ Hoest among other things like the vegetation diversity. There is a tree house in this park that can give you an aerial view of this place.

The female Sempaya hot spring as many refer to it is 30 minutes from the male and is so hot to the extent that hungry hikers can boil bananas and eggs on an instance in these blistering springs. 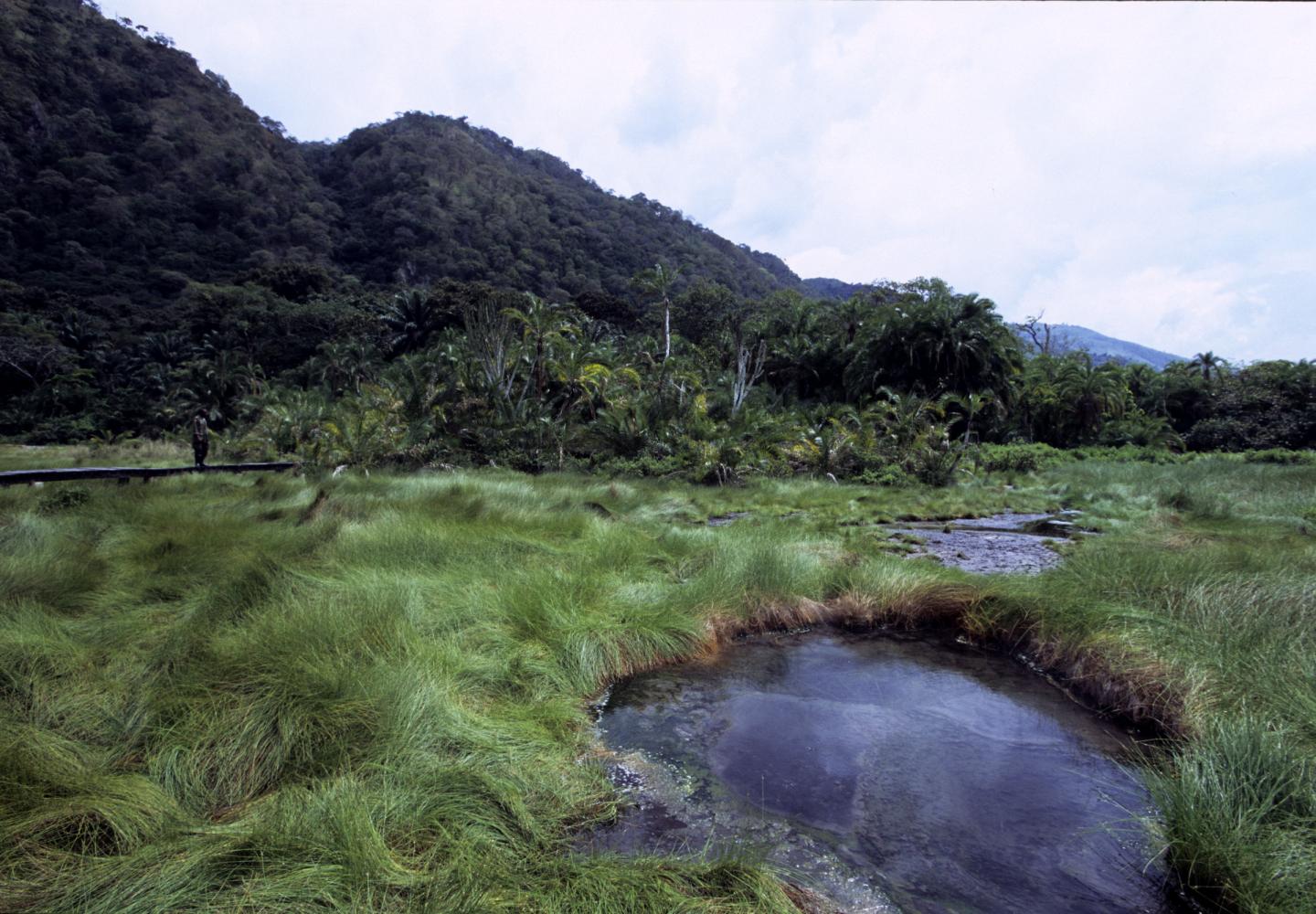 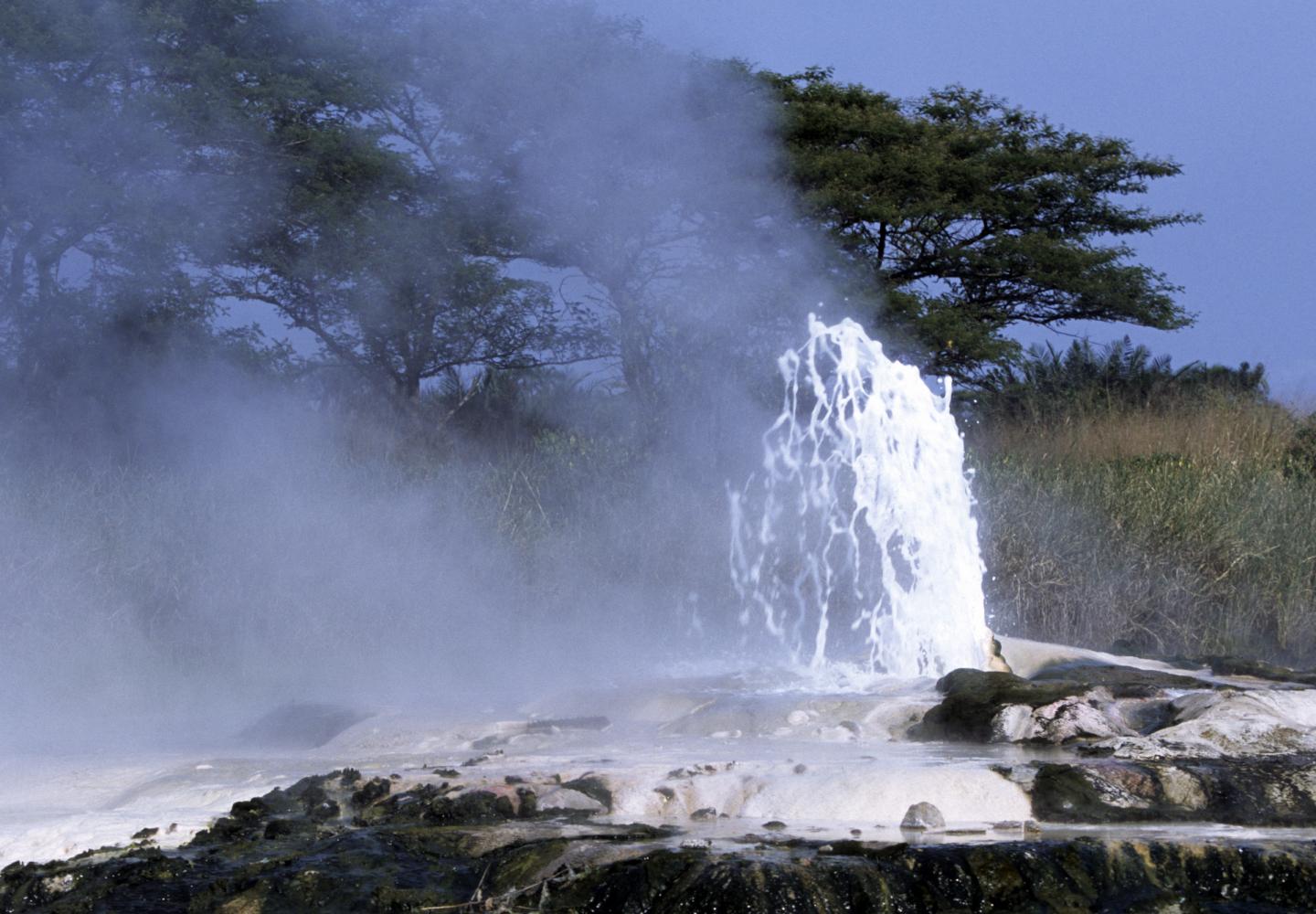 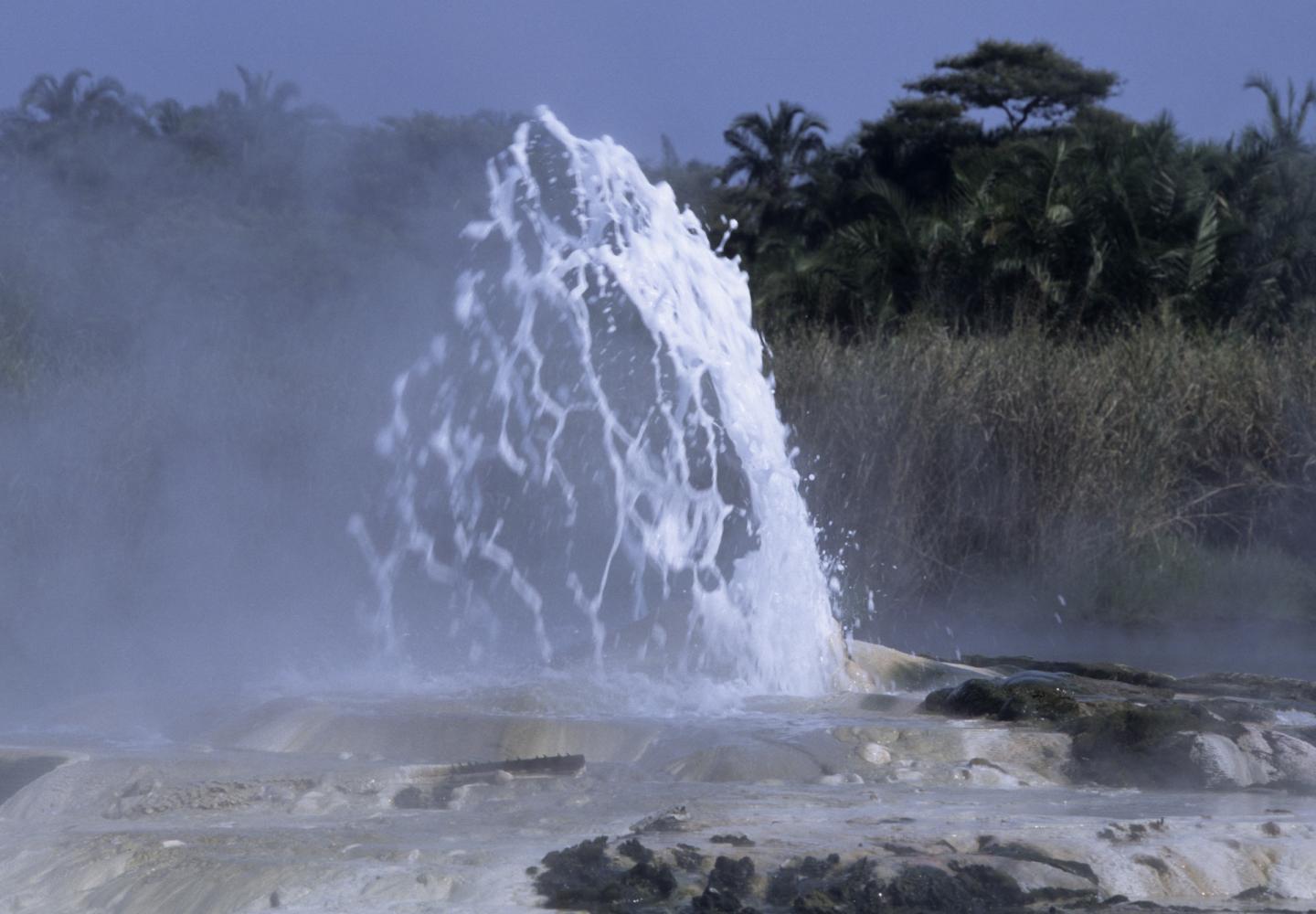 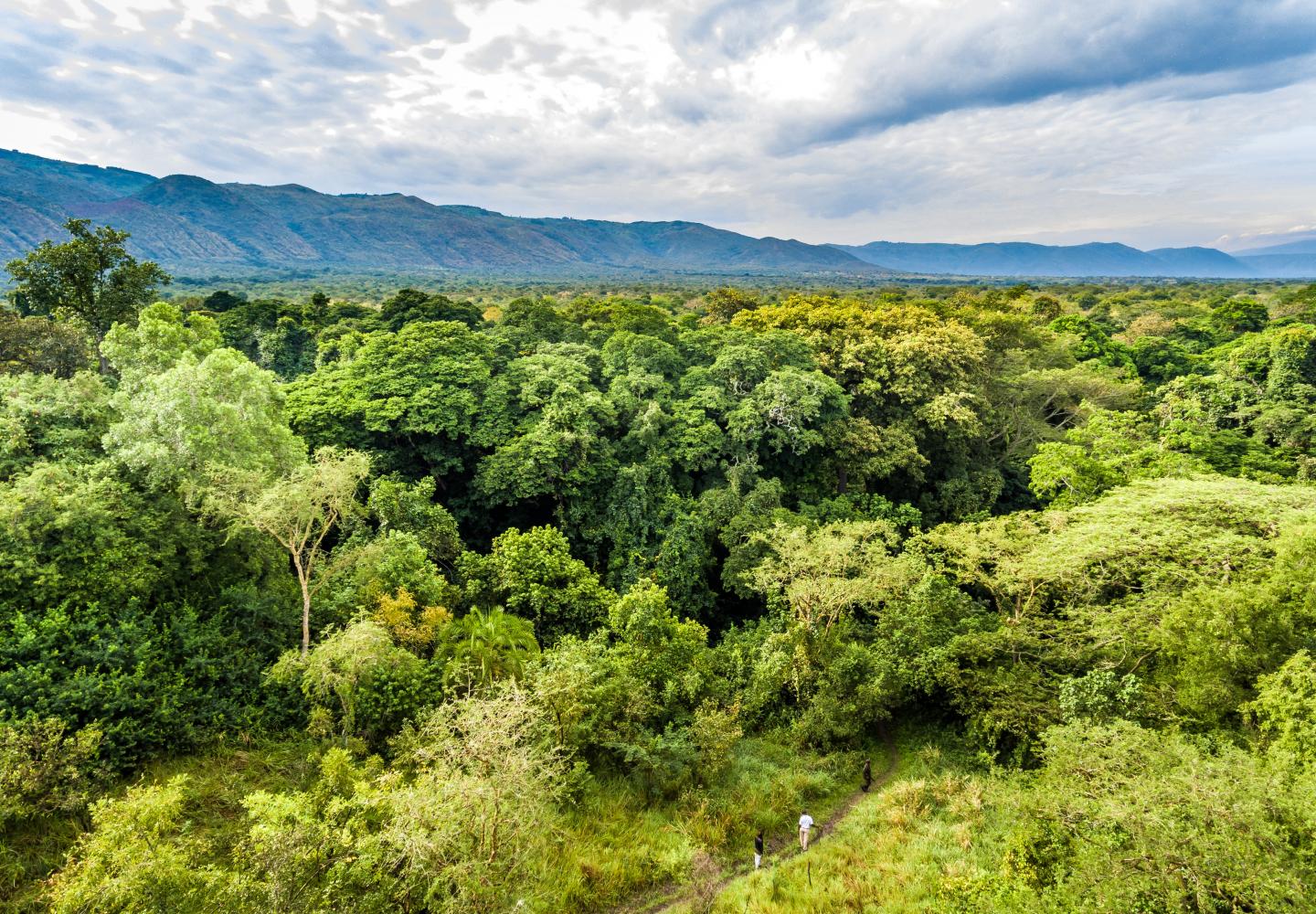