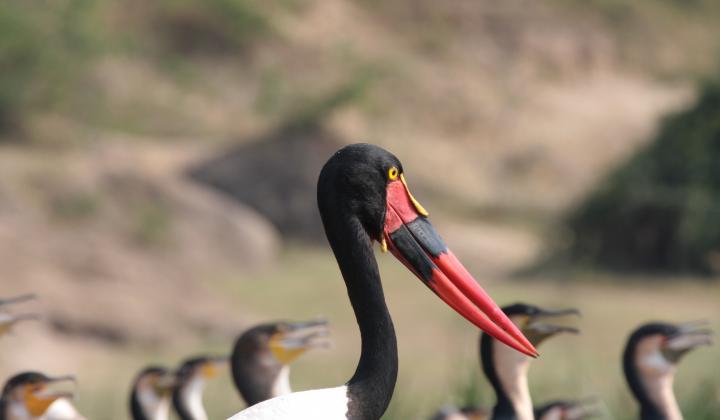 The park is home to over 95 mammal species and over 600 bird species.

The park spans the equator line; monuments on either side of the road mark the exact spot where it crosses latitude 00

The Katwe explosion craters mark the park's highest point at 1,350m above sea level, while the lowest point is at 910m, at Lake Edward.

Domestic flight are available: Entebbe to Mweya (Northern sector) and to Ishasha (Southern sector) via Kihihi.

The open grasslands of Kasenyi provide the park’s primary game viewing area, thanks to resident herds of Uganda kob and the lions that prey on them.

The park’s experienced ranger guides can usually locate lions but predator sightings can be guaranteed by signing up for a tour with the Mweya-based Uganda Predator Project which monitors the movement of lions, leopards and hyenas fitted with radio collars.

- Boat cruise on Kazinga Channel
The Kazinga Channel is an oasis for many of the fascinating species that inhabit the park, and taking a boat tour along it gives visitors the chance to cruise just meters from hundreds of enormous hippos and buffalos while elephants linger on the shoreline. Keep an eye open for the enormous water monitor lizard, which is common in the riverine scrub, as well as crocodiles, seen with increasing regularity since first colonizing the area in the early 1990s

One of the most famous lookout points in Uganda is in the Katwe-Kabatoro community on Katwe Salt Lake where traditional salt mining has been practiced since the 16th century. Lake Katwe is one of crater lakes and is visited during the crater drive. It is a salty lake and is most visible during the dry season when salt crystalizes.  The neighboring Lake Munyanyange is a bird sanctuary, as well as a migratory location for the lesser flamingo from August to November.

The gorge is best known for its resident chimpanzees – some of which are habituated and can be tracked through the forest with trained guides. While walking through the gorge, you may spot other primates and some of the many birds found in the forest. The entrance to the gorge is also a pleasant spot for a picnic.

This remote southern region enjoys fewer visitors than the north, but those who venture this far may be rewarded with sightings of Ishasha’s most famous residents – the tree climbing lions – lounging in the branches while keeping a close eye on herds of Uganda kob. It is also home to many buffalo and elephants as well as the rare shoebill. 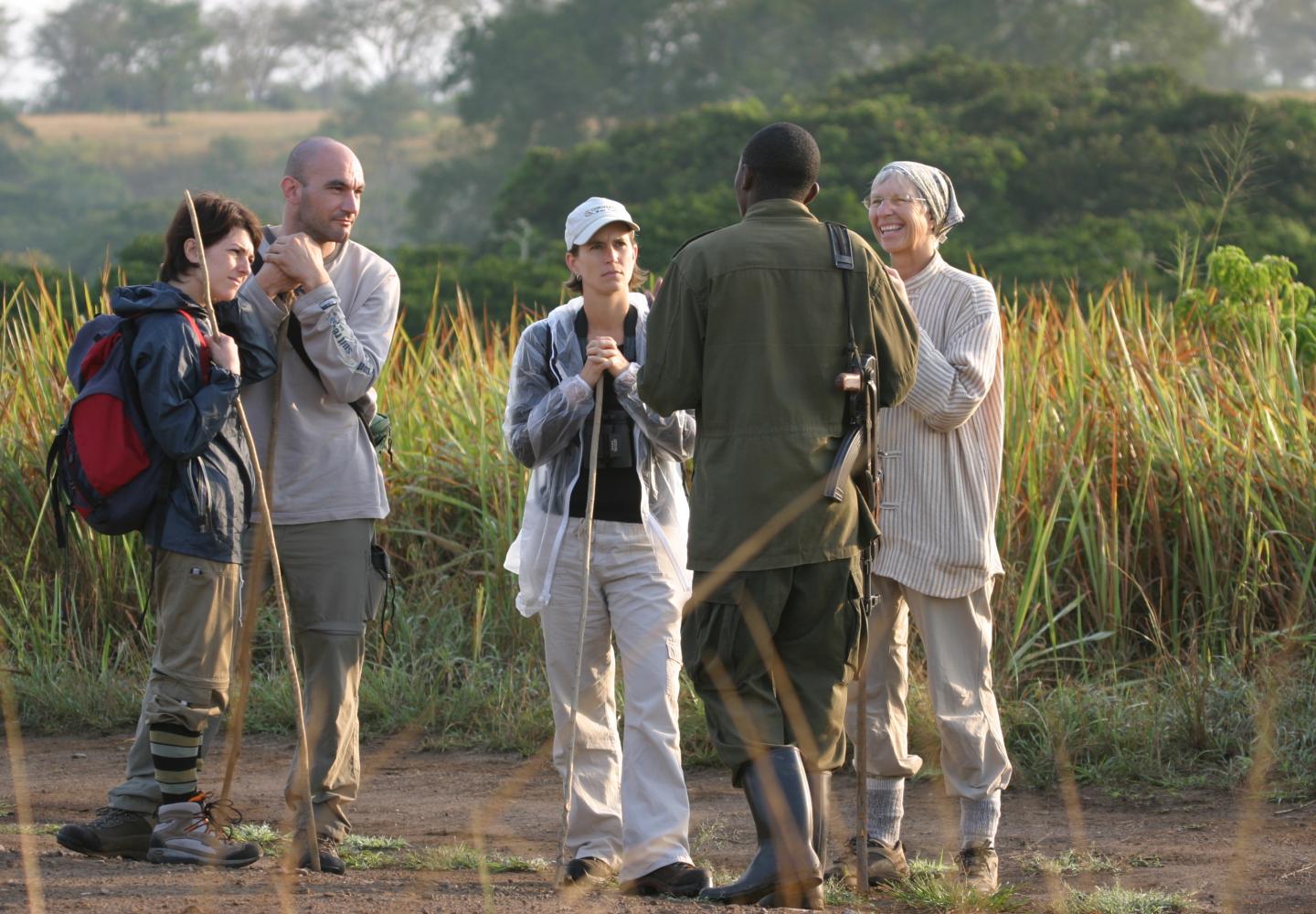 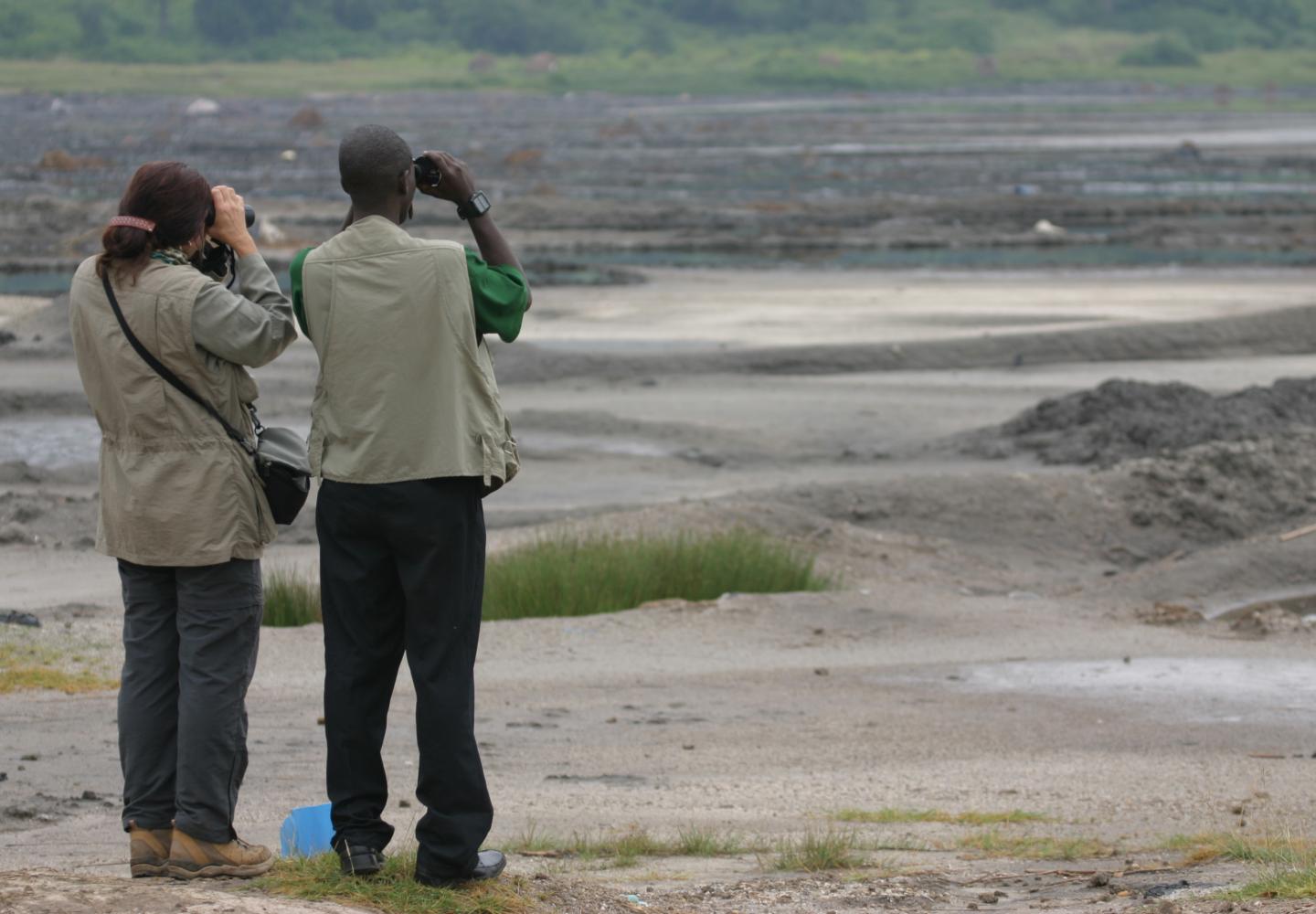 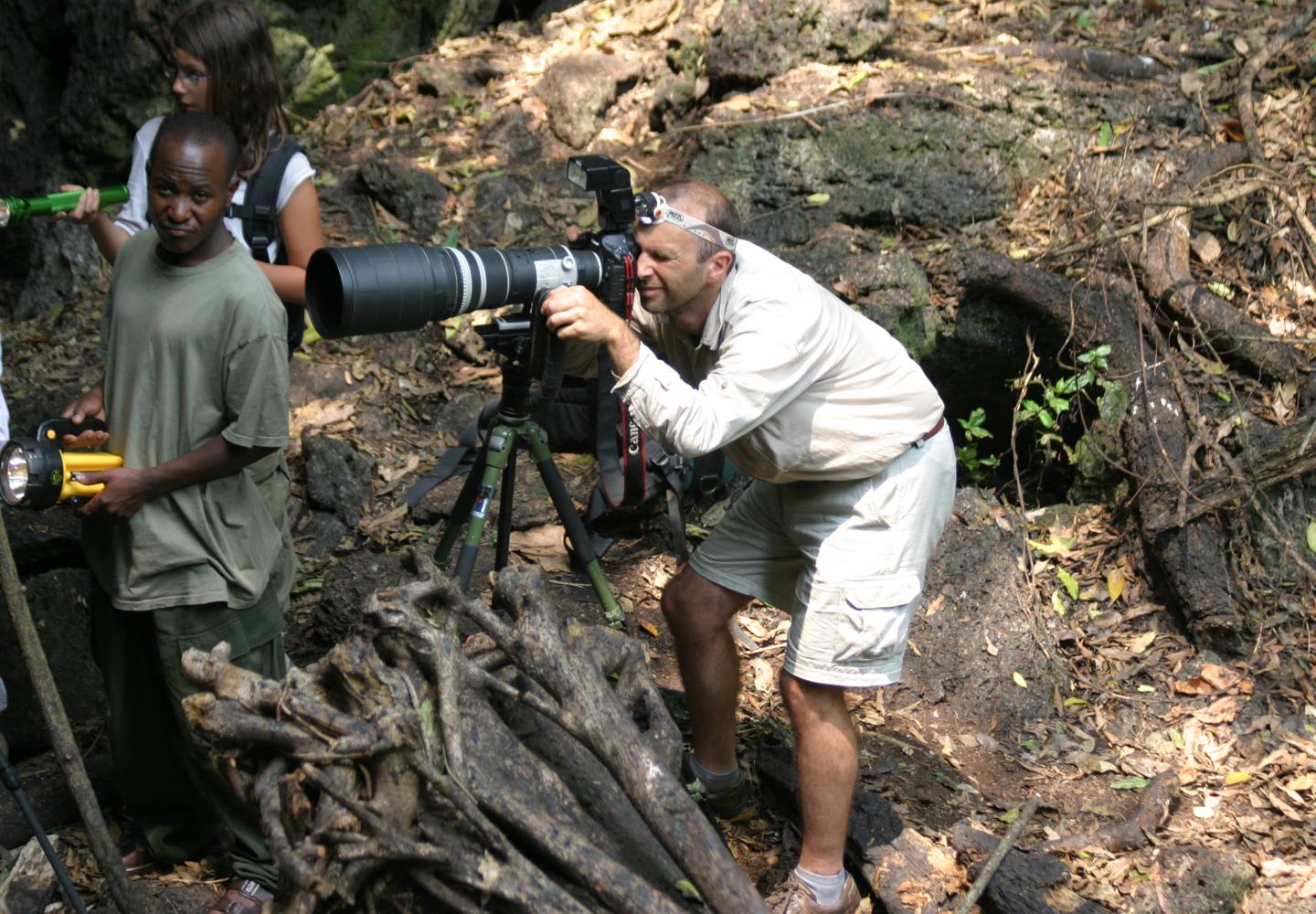 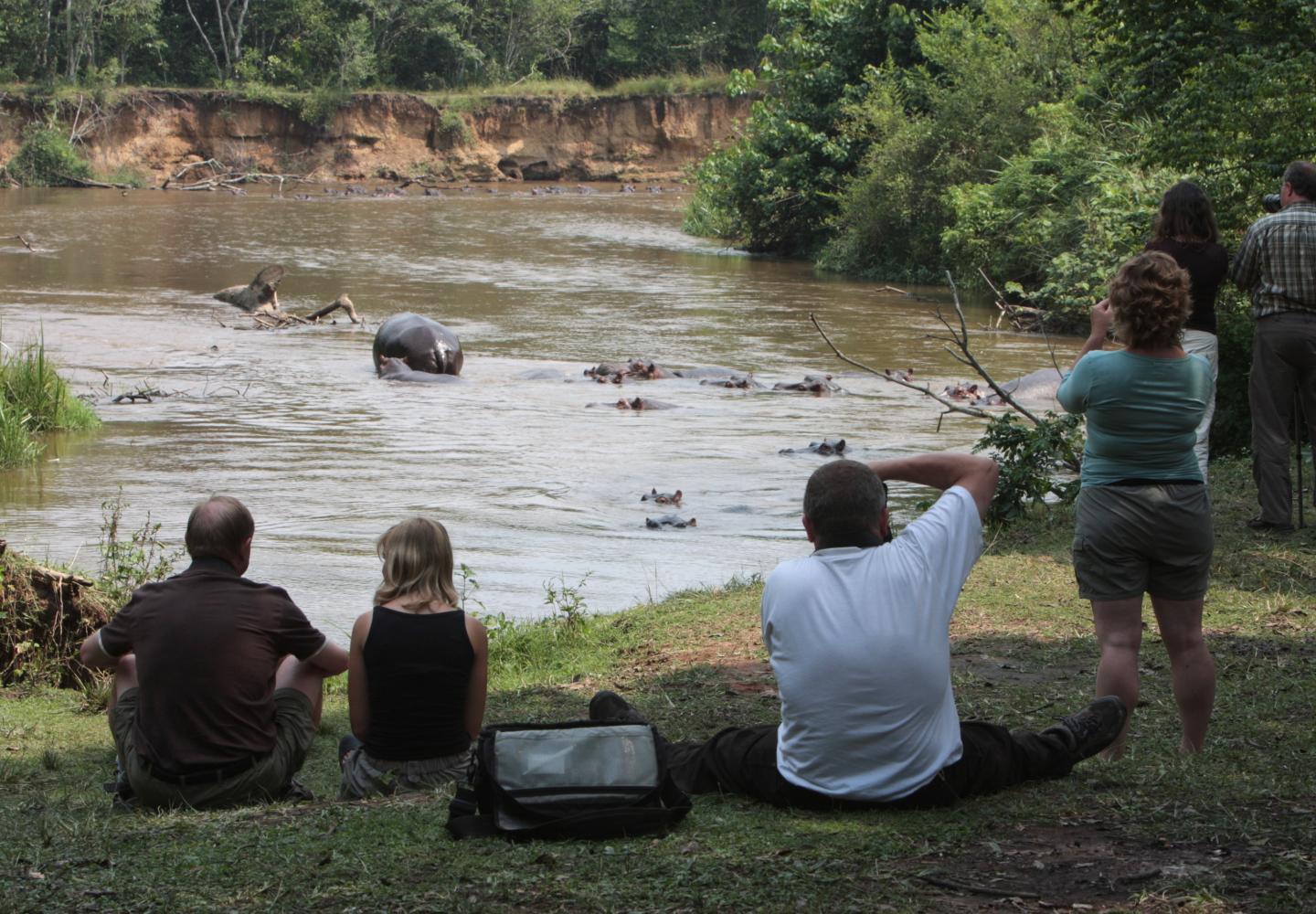 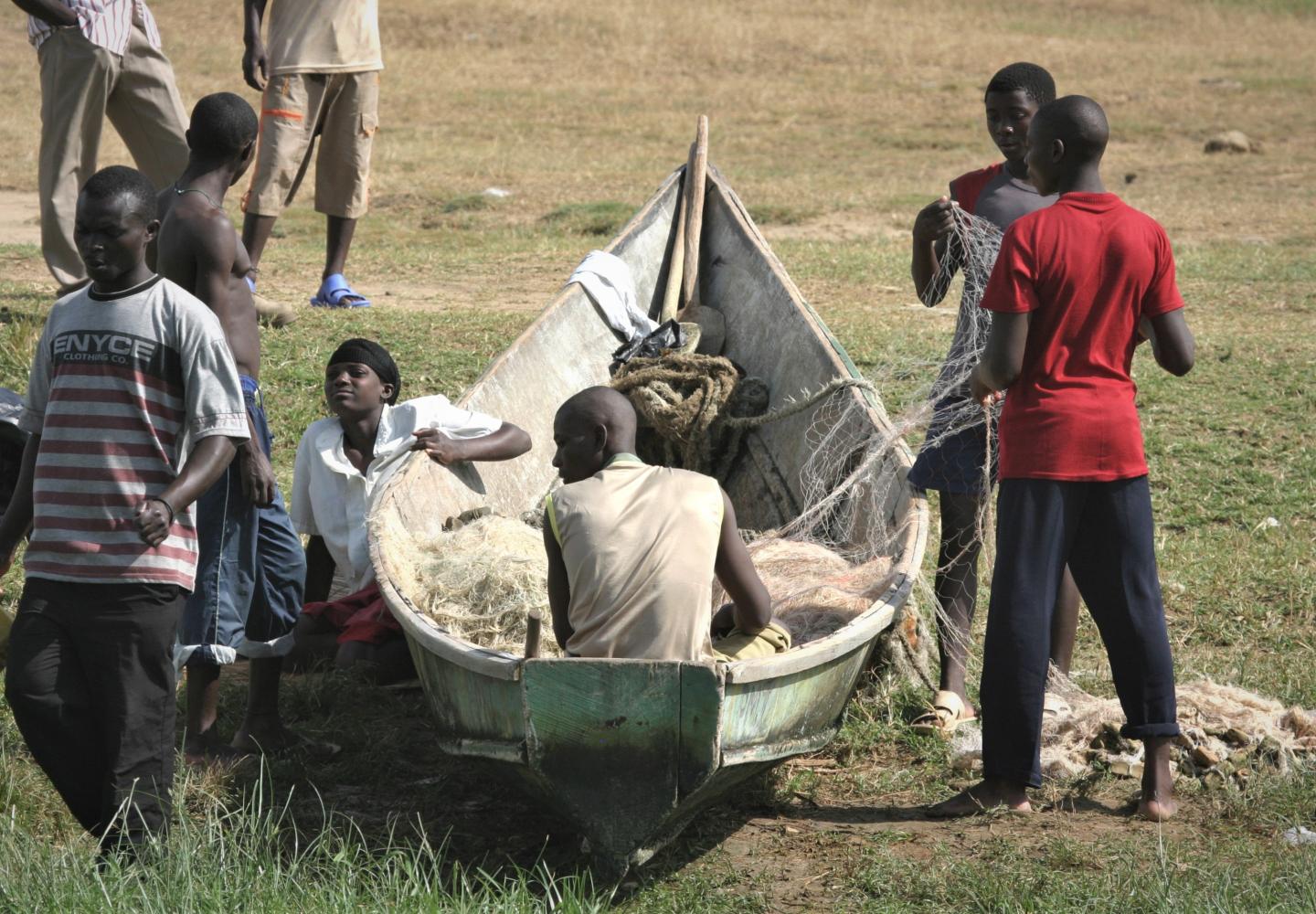