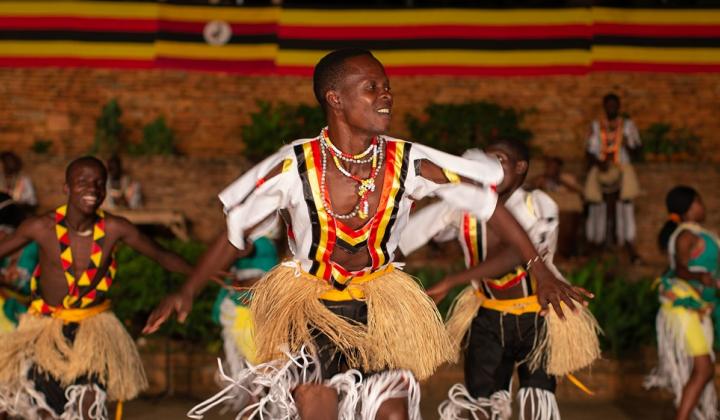 In 1873, Sir Fredrick Treves, coming from Mwanza and Kisumu ports, described Entebbe as the prettiest and most charming town of the lake. Sprawling along the Lake Victoria shores some 35Kms south of Kampala, it exudes an atmosphere of tropical languor, and particularly those with a strong interest in natural history, and it makes for an altogether more appealing introduction to Uganda than the capital.

- BIRDING:  The area in and around Kampala and Entebbe offers a variety of exciting birding opportunities.

Botanical gardens: Established in 1902, Entebbe’s botanical garden is an attractively laid-out mix of indigenous forest, cultivation and horticulture, and a highly attractive destinations for birdwatchers. Tropical trees, plants, flowers, birds, monkeys, butterflies in abundance along Lake Victoria. Take a picnic lunch and spend the most beautiful day in Entebbe.

Entebbe Sewage Pond: The sewage treatment pond is an excellent spot for waders and well worth visiting during migration period.

Kajansi Fish farm: Situated half way between Kampala and Entebbe the Kajansi fish farm attracks a variety of waterbirds. Large numbers of migrants are present on passage.

Lutembe bay: Listed among the eight IBA in the Lake Victoria Basin and it is a Ramsar site no. 1637 since 15th Sep 2006.

Mabamba wetlands:  Mabamba Bay Wetland is one of the vast swamps found in Lake Victoria. It is located close to Entebbe town (40km) and Kampala city in a small village in Kasanje. The main economic activities among the communities living close to the wetland are hunting, fishing and mining. The Mabamba Swamp is more renowned for its amazing bird collection (Over 260 species recorded). It is one of the top tourist attractions in Entebbe town. In 2006, the swamp was chosen as a Ramsar Site and wetland of international importance because of the rare and attractive bird species like the Papyrus Yellow Warbler, Shoebill Stork (Balaeniceps rex), Blue Swallow (Hirundo atrocaerulea) and Sitatunga (swamp antelope) among others.

Mpanga Forest: An Ecotourism Site located at about 37 kilometers southwest of Kampala. It hosts abundant forest species: home to over 500 tree species and shrubs, 300 birds, 97 butterflies and 112 moths.

3 monkey species that are protected within this small forest: the vervet, the red tailed and the black and white colobus monkeys.

The banded mongoose and the squirrel are also spotted there and if manage to have a night walk you may view the nocturnal pottos, pangolins and bush babies.

- NGAMBA ISLAND VISIT: Ngamba Island Chimpanzee Sanctuary is home to 49 orphaned and confiscated chimps, rescued from the illegal pet and bushmeat trade. Despite their initial trauma, chimps living at Ngamba have a safe and semi-natural environment in which to recover and eventually thrive over their long lives of up to 60 years.

Founded in 1998, the island offers 95 acres of natural forest where the chimps roam and forage daily. Their diet is supplemented multiple times per day much to the delight of visiting tourists who are able to observe the feeding from a viewing platform. The chimps also have the freedom to stay in the forest at night or return to nighttime enclosures where they can build nests and receive an evening meal.

A visit will require one to take a speedboat from Entebbe to the Island. On arrival, you will observe the chimpanzees during feeding time. In addition, you may also have a sight of monitor lizards, birds and have some great photo opportunities.

Upon arrival at the sanctuary, you will be directed to the Visitor’s Centre where you will be introduced to the project, its history, our residents and their plight. You will receive a personal orientation by a chimpanzee caregiver and view a feeding of the chimpanzees from the visitors’ raised platform area along the edge of the sanctuary fence.

- RAFTING THE RIVER NILE (Jinja): The full day rafting trip with 5kms of white-water from Bujagali Falls with all the big grade 5 rapids is the most popular one! Early pick-up from Kampala up by one of the best rafting companies and return in the early eveneing.

- KAMPALA CITY TOUR: Kampala is the capital city and the economic hub of Uganda. Originally built across seven hills but has now widened and spread to over twenty two hills. It is a good place to explore with so much to see and experience.

The most important cluster of architecturally noteworthy buildings is centered on the acacia – lined Parliament Avenue on the eastside of the city center. On Parliament Avenue itself, the imposing though not exactly inspiring Parliament building, built during the colonial era and still seats of the National government today, is a vast white monolith entered via an angular and some might say rather ugly concrete arch, built to commemorate independence in 1962.
Kampala city Council occupies the so-called White house on the same block while immediately to its east stands the National Theatre and attached African Crafts village, Arguably more attractive than any of the above is the railway station, which lies on Jinja road about 200m further south, built in 1920s and has not been used until recently, 2018 when commuter railway services were re-introduced in Kampala and its suburbs. 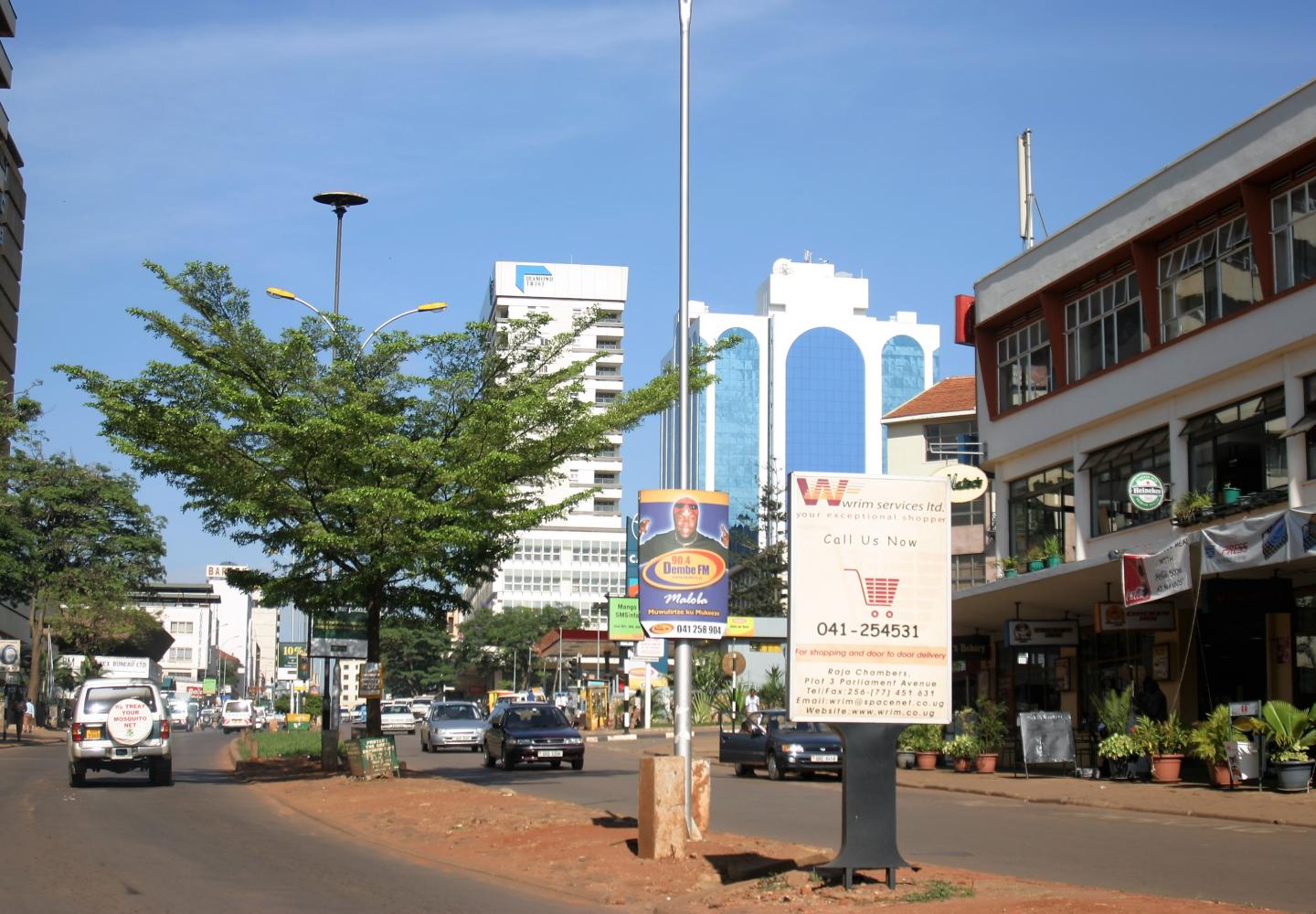 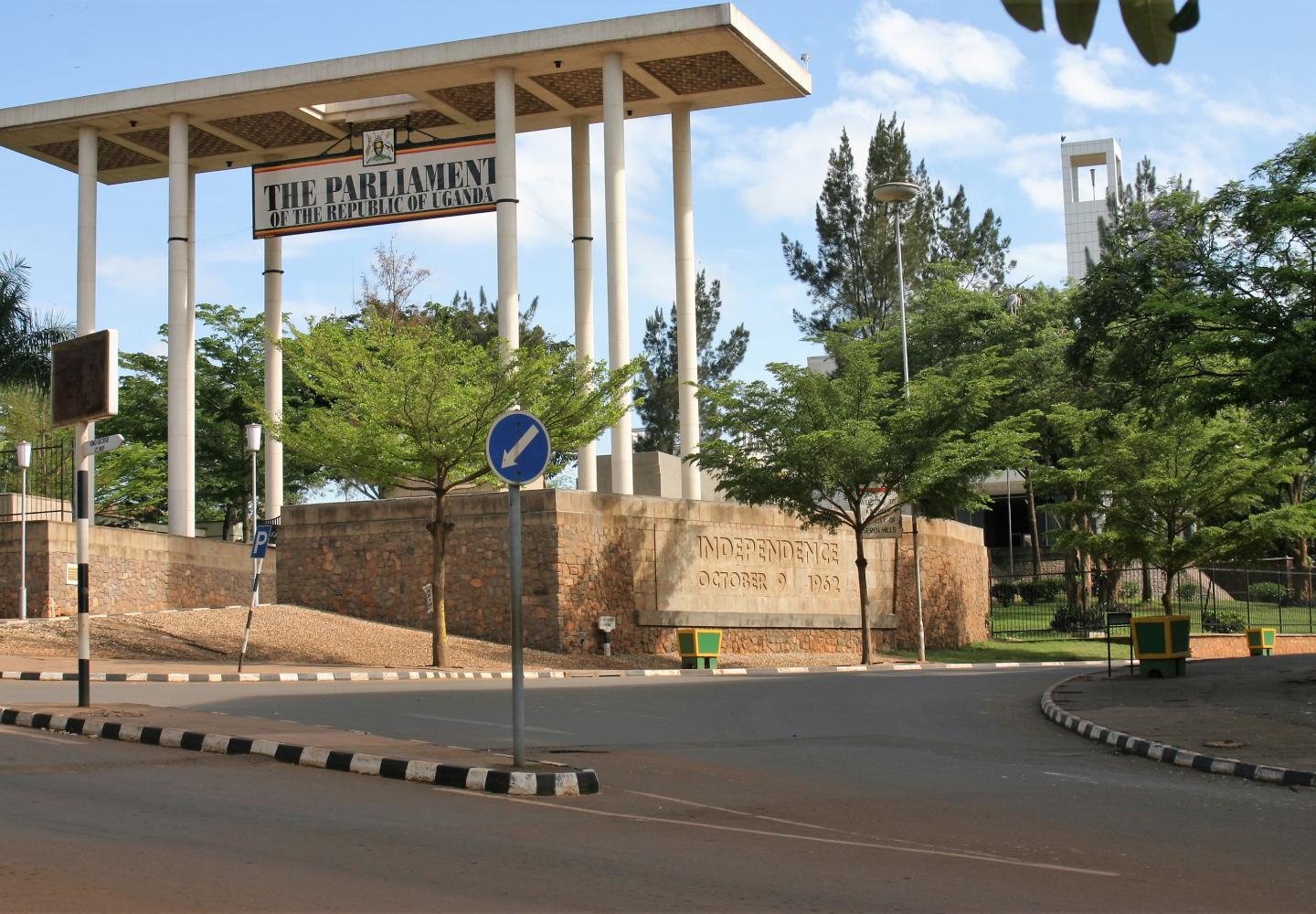