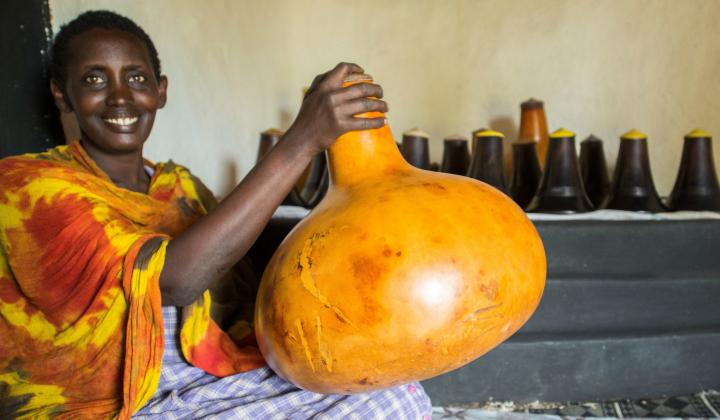 During the community visit, you will learn about the way of life of the Ankole people – known as Banyankole. These are the residents of this community.

The Banyankole people are largely cattle keepers and they keep the famously known Ankole long-horned cows. In Ankole, cattle were the most treasured possession in their lives; providing milk, ghee, beef and hides, cows were the state of the value and a medium of exchange. Cows were the mode of payment of bride price and some special cows were used in religious rituals as well as cultural and political ceremonies. The long horned Ankole cows were most valued because they were adapted to the climate of the region and resistant to most diseases. A cow was appreciated for the amount of milk it yielded: for its size and stature; its body color; and for the shape and whiteness of its long horns, as well as its ancestry. During the community tour, you will get to understand the relationship between the people and their cattle and this will be closed with a cultural performance.

In the morning after milking and at the watering trough in the afternoon, the cows are inspected. Ailing cows are tended to and from time to time minor surgical procedures take place including the tying fractures and branding. This is all through traditional knowledge systems often with the use of traditional tools and herbs. The children watch on, learning from the old and will pass this knowledge on to the next generation.

Cow products like milk, ghee, meat, hides, even dung and urine are an important part of the pastoralist lifestyle. These are used in the homestead and also sold for income. Marriages are cemented with the payment of dowry in the form of cattle. This exchange is reciprocated during the marriage ceremony or after the birth of each child. Friendship and patronage are also cemented through the giving and receiving of cows. This reciprocal relationship is a form of social bonding.

Every cow has a name and will respond to their name when called. The names relate to their behavior, character, skin patterns, size, shape of horns and their position in the herd.